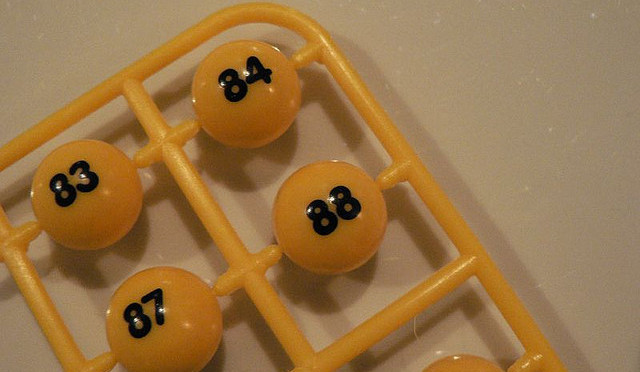 Lord Tunnicliffe asked in Parliament on November 20, 2014: “are these  new clauses a licence for regulators to approve regulations that kill people to save money?”

Imagine an unsafe care home where children or the elderly are at risk.

Imagine its staff with fewer professional registration requirements than today.

Imagine the home could legally reject a Care Quality Commission call for changes, citing that to do so would harm the home’s “economic growth”.

Could this ever be reality, if this controversial clause 88(2) of the deregulation bill becomes law? [1]

In bingo, the number 88 is outdatedly and naughtily nicknamed ‘two fat ladies.’

In the media today we often hear about ‘health’ and ‘social care’ issues, and they currently overlap on the future approach to tackling the serious societal implications of obesity.

Headlines more rarely talk about changes to law which could have equally serious implications for the future approach to how we look after our health and care system and its oversight.

However, changes that could affect each of us, are currently in the Lords for review, and my bet is that few beyond their benches and MPs, have had their eyes down on the detail.

The Deregulation Bill – What is the very big bill all about?

It has been on the go for over 18 months, and Richard Grimes addressed some of the concerns in September 2013.[2]

The Deregulation Bill, is a very large bill indeed and is as broad in its content as its title is bland, but it has the potential to be a bombshell in its impact.

Functionally it covers subjects as diverse as busking and the Breeding of Dogs Act. It will make changes to the process the police use to obtain journalistic material [3] and provide a gateway to sell information from birth, death, marriage and civil partnership records.

Some changes in law will specifically affect the NHS: the ‘Road traffic legislation: use of vehicles in emergency response by NHS’, and ‘NHS foundation trusts and NHS trusts: acquisitions and dissolutions’.

Other clauses are area non-specific, such as my ‘bingo clause’, Clause 88(2), that creates a new legal duty for regulators to give regard to promoting economic growth.

The term ‘regulators’ covers a wide range of organisations [4]; you might think of Ofwat responsible for oversight of water and sewage, or the Food Standards Agency, or Human Tissue Authority.

Ken Clarke, joint bill owner with Oliver Letwin MP, wrote in 2013 [5]: “This is the beginning of a fundamental change in the culture of government. We think Reagan would have approved.

“By putting a duty on regulators not to burden business with unnecessary red tape, it will help to ensure that every nook and cranny of Whitehall is relentlessly focussed on growth.”

Will the Deregulation Bill take a gamble with the public interest in our NHS health and  social care provision through the ‘relentless’ duty to promote profit in Clause 88(2)?

Slimming down laws and the administration processes they affect, could of course be a very good thing. Lord Hunt of King’s Heath says of the bill as a whole: “I’ve no problem trying to streamline the regulatory processes, that’s why we broadly support it.”

But what about the detail in practice? Is Letwin and Clarke’s ‘relentless focus on growth’ going to mean compromise in worker safety, or in today’s health and social care market?

Will regulators be less rigorous about requirements and imposing penalties on commercial companies, if a private provider could complain, arguing non-compliance with this clause?

Clause 88(2): a duty to promote economic growth on regulators

Lord Hunt shared his key concern with clause 88(2): “The nub of the issue is ‘will this compromise their main regulatory function?’ I think it’s very ambiguous. He said:

“The health regulators are very unkeen on all of this. It’s pretty clear to me in discussions that they worry about the impact this will have.”

One regulator that could be affected is CQC. A CQC spokesperson said:  “The Government’s response to the report of the Draft Bill Committee’s pre-legislative scrutiny said the duty does not set out how economic growth ranks against existing duties as this is a judgement only a regulator can and should make.

“The quality and safety of services is the primary basis on which we will regulate, and take enforcement action where necessary to protect people who use services. We would not consider a new duty to promote economic growth to override this position.”

How these new regulatory functions will work with their existing duties is unclear.

If they conflict how will it be decided which is considered most important if the law “does not set out how economic growth ranks against existing duties”? Summary guidance [6] on the deregulation bill is that the growth duty does not automatically take precedence over or supplant existing duties held by regulators, but what will that mean in practice?

If the economic growth duty should not make any difference to the key responsibilities of the regulator, why bring in this change at all?

A Department for Business, Innovation & Skills spokesperson said:
“Regulators will be required to be transparent about how they are complying with the growth duty.

“The Government will monitor the implementation of the growth duty through existing reporting mechanisms such as annual reports, published policies and service standards.”

To ring-fence the regulatory functions of health and social care bodies from the effects of Clause 88 (2) Lord Hunt proposed an amendment to 11 of them.[7]

He said: “In earlier discussion with ministers it was made clear they have a preliminary list of 5 regulators that they consider [in health] would fall under the economic growth clause in the bill: The Care Quality Commission (CQC), the Human Fertilisation and Embryology Authority (HFEA), the Human Tissue Authority (HTA), the Medicines and Healthcare Products Regulatory Agency (MHRA) and the Professional Standards Authority.

“I cannot for the life of me, see why the health regulators are in there. I hope that the government will be able to take some, or all of them out.”

But the amendment was not supported on February 11 by the government and instead it only promised further discussion before the next stage of the bill.

What changes will it make and are they in the Public Interest?

A year ago in February 2014 [8], MPs in the House of Commons, Caroline Lucas, Jonathan Edwards, John McDonnell and Jeremy Corbyn MPs proposed the removal of this same clause, requiring the desirability for economic growth, and they had concerns:

…”that this Bill represents a race to the bottom and an obsession with GDP growth at any cost which is not in the public interest.”

If the aim of the deregulation bill is to streamline services and remove red tape it should be very clear what purpose will be served through the changes and what consequences will be unleashed as a result.

However it appears that the government wants to get the bill through in principle and leave the practical detail of such risk analysis to be defined by regulations set out after it is law.

Regulations are not subject to the same parliamentary scrutiny and discussion as primary legislation, and some feel they are harder to veto.

Lord Hunt said: “It’s a very unsatisfactory way of doing it, there’s no guarantees and the government can just produce and list and then change that at any time in the future.

It is not the first time that Mr. Letwin’s proposals have been open ended and could have unforeseen consequences. [9]

Lord Hunt asked: “it’s a very open ended piece of legislation and the thing to ask is will it inhibit these key health regulators in protecting the public?”

Of key concern is whether regulators will be inhibited from taking actions in the public interest because of the potential for legal challenge by private interests.

If this sounds familiar, you may have heard similar language on deregulation in discussion of the behemoth of deregulation playing in parallel internationally: the TTIP, the Transatlantic Trade and Investment Partnership (TTIP). [10]

How the consequences of these national and international deregulation changes are inter-related is impossible to fully understand given the lack of public information available.

Public Consultation and Professional Voice given too little regard The Deregulation Bill and the effects of the duty to promote economic growth will spread across all our regulatory bodies.

Like the obesity discussion, the Bill is complex, it’s cumbersome, and whilst appearing to have good intentions, hard to understand how changes will be applied in practice.

It also appears at times to lack common sense and to ignore experienced professional opinion.

The Equality and Human Rights Commission felt that: “applying this growth duty to the EHRC poses a significant risk to the EHRC’s independence, and therefore to its compliance with the Paris Principles.”

The Government therefore risks the possibility of the EHRC’s accredited “A” status being downgraded and of putting the UK in breach of its obligations under EU equality law.

But Clause 88(2) will be applied to this body which promotes worker rights and fairness.

Social care is to become less regulated by scrapping the need to register staff with Ofsted.

Baroness King of Bow said in the Lords debate on November 18th: “There is a feeling in the [social care] sector and indeed elsewhere that there has been quite simply inadequate debate around these very serious and important issues.”

Lord Reid of Cardowan in the Lords on February 5th said: “There are occasions during a ministerial career where, on study, what seems a relatively small decision becomes an obviously profound and very risky decision […] having listened to this debate, I have the impression that this is one of them.”

Will this bill future-proof the regulatory protections of health, environmental, safety, and social care, and prioritise the public interest?

If instead a duty to profit should be put first, one day the words of Lord Tunnicliffe may come back to haunt us: “Are these new clauses a licence for regulators to approve regulations that kill people to save money?” [11]

We may then look back to find why failings happened, look to this bill, and shout, ‘bingo!’

The third reading is on 4 March and Lord Hunt has submitted an amendment to take out the The Human Fertilisation and Embryology Authority (HFEA) and Professional Standards Authority (PSA) for Health and Social Care from being covered by the growth clause.

As the Bill is amended and re-written, clause numbers will change. Clause 88(2) was the number of the duty to promote growth clause on February 11 2015 in the House of Lords debate.

A version of this article was first edited, amended and published by Open Democracy on February 25, 2015.