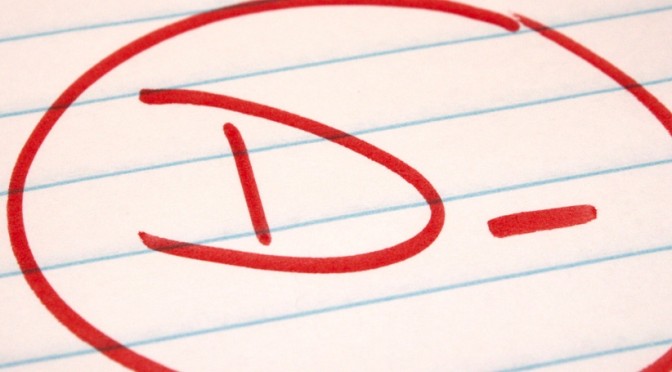 Transparency and oversight of how things are administered are simple ways that the public can both understand and trust that things run as we expect.

For the National Pupil Database, parents might be surprised, as I was about some of the current practices.

The scope of use and who could access the National Pupil Database was changed in 2012 and although I had three children at school at that time and heard nothing about it, nor did I read it in the papers. (Hah – time to read the papers?)  So I absolutely agree with Owen Boswara’s post when he wrote:

“There appears to have been no concerted effort to bring the consultation or the NPD initiative to the attention of parents or pupils (i.e. the data subjects themselves). This is a quote from one of the parents who did respond:

“I am shocked and appalled that I wasn’t notified about this consultation through my child’s school – I read about it on Twitter of all things. A letter should have gone to every single parent explaining the proposals and how to respond to this consultation.”

As Owen wrote,  imagine that sentiment amplified via Mumsnet indeed.

Here’s where third parties can apply and here’s a list of who has been given data from the National Pupil Database . (It’s only been updated twice in 18 months. The most recent of which has been since I’ve asked about it, in May 2015. Before then it was updated only once in March 2014 after it was first published in December 2013.) The tier groups 1-4 are explained here on p.18, where 1 is the most sensitive identifiable classification.

The consultation suggested in 2012 that the changes could be an “effective engine of economic growth, social wellbeing, political accountability and public service improvement.”.

Has this been measured at all if the justification given has begun to be achieved? Often research can take a long time and implementing any changes as a result, more time. But perhaps there has been some measure of public benefit already begun to be accrued?

The release panel would one hope, have begun to track this. [update: DfE confirmed August 20th they do not track benefits, nor have ever done any audit of recipients]

And in parallel what oversight governs checks and balances to make sure that the drive for the ‘engine of economic growth’ remembers to treat these data as knowledge about our children?

Is there that level of oversight from application to benefits measurement?

Is there adequate assessment of privacy impact and ethics in applications?

Why the National Pupil Database troubles me, is not the data it contains per se, but the lack of child/guardian involvement, lack of accountable oversight how it is managed and full transparency around who it is used by and its processes.

Taken now, steps could resolve some of these issues and avoid the risk of them becoming future issues of concern.

The first being thorough fair processing, as I covered in my previous post.

The submission of the school census returns, including a set of named pupil records, has been a statutory requirement on schools since the Education Act 1996. That’s almost twenty years ago in the pre-mainstream internet age.

The Department must now shape up its current governance practices in its capacity as the data processor and controller of the National Pupil Database, to be fit for the 21st century.

Ignoring current weaknesses, actively accepts an ever-increasing reputational risk for the Department, schools, other data sharing bodies or those who link to the data and its bona fide research users. If people lose trust in data uses, they won’t share at all and the quality of data will suffer, bad for functional admin of the state and individual, but also for the public good.

That concerns me also wearing my hat as a lay member on the ADRN panel because it’s important that the public trusts our data is looked after wisely so that research can continue to use it for advances in health and social science and all sorts of areas of knowledge to improve our understanding of society and make it better.

Who decides who gets my kids data, even if I can’t?

“When you make a request for NPD data it will be considered for approval by the Education Data Division (EDD) with the exception of tier 1 data requests, which will be assessed by the department’s Data Management Advisory Panel. The EDD will inform you of the outcome of the decision.”

Where is governance transparency?

What is the make up of both the Data Management Advisory Panel and and the Education Data Division (EDD)? Who sits on them and how are they selected? Do they document their conflicts of interest for each application? For how long are they appointed and under what selection criteria?

Where is decision outcome transparency?

The outcome of the decision should be documented and published. However, the list has been updated only twice since its inception in 2012. Once was December 2013, and the most recently was, ahem, May 18 2015. After considerable prodding. There should be a regular timetable, with responsible owner and a depth of insight into its decision making.

Where is transparency over decision making to approve or reject requests?

Do privacy impact assessments and ethics reviews play any role in their application and if so, how are they assessed and by whom?

How are those sensitive and confidential data stored and governed?

The weakest link in any system is often said to be human error. Users of the NPD data vary from other government departments to “Mom and Pop” small home businesses, selling schools’ business intelligence and benchmarking.

So how secure are our children’s data really, and once the data have left the Department database, how are they treated? Does lots of form filling and emailed data with a personal password ensure good practice, or simply provide barriers to slow down the legitimate applications process?

What happens to data that are no longer required for the given project? Are they properly deleted and what audits have ever been carried out to ensure that?

The National Pupil Database end of year report: a C- in security

The volume of data that can be processed now at speed is incomparable with 1996, and even 2012 when the current processes were set up. The opportunities and risks in cyber security have also moved on.

Surely the Department for Education should take responsibility seriously to treat our children’s personal data and sensitive records equally as well as the HSCIC now intends to manage health data?

Processing administrative or linked data in an environment with layered physical security (e.g. a secure perimeter, CCTV, security guarding or a locked room without remote connection such as internet access) is good practice. And reduces the risk of silly, human error. Or  simple theft.

Is giving out chunks of raw data by email, with reams of paperwork as its approval ‘safeguards’ really fit for the 21st century and beyond? 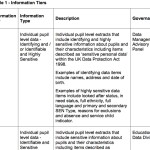 Twenty years on from the conception of the National Pupil Database, it is time to treat the personal data of our future adult citizens with the respect it deserves and we expect of best-in-class data management.

It should be as safe and secure as we treat other sensitive government data, and lessons could be learned from the FARR, ADRN and HSCIC safe settings.

Back to school – more securely, with public understanding and transparency

Understanding how that all works, how technology and people, data sharing and privacy, data security and trust all tie together is fundamental to understanding the internet. When administrations take our data, they take on responsibilities for some of our participation in dot.everyone that the state is so keen for us all to take part in. Many of our kids will live in the world which is the internet of things.  Not getting that, is to not understand the Internet.

And to reiterate some of why that matters, I go back to my previous post in which I quoted Martha Lane Fox recently and the late Aaron Swartz when he said: “It’s not OK not understand the internet, anymore”.

While the Department of Education has turned down my subject access request to find out what the National Pupil Database stores on my own children, it matters too much to brush the issues aside, as only important for me. About 700,000 children are born each year and will added to this database every academic year. None ever get deleted.

Parents can, and must ask that it is delivered to the highest standards of fair processing, transparency, oversight and security. I’m certainly going to.

It’s going to be Back to School in September, and those annual privacy notices, all too soon.

[2] Data tables to see the individual level data items stored and shared (by tabs on the bottom of the file) https://www.gov.uk/government/publications/national-pupil-database-user-guide-andsupporting-information

[3] The table to show who has bought or received data and for what purpose https://www.gov.uk/government/publications/national-pupil-database-requests-received

[6] Presentation given by Paul Sinclair of the Department for Education at the Workshop on Evaluating the Impact of Youth Programmes, 3rd June 2013
http://www.ifs.org.uk/docs/cayt_workshop_sinclair.pdf

What is in the database?

Pupils can be tracked across schools. Pupils can now be followed throughout their school careers. And it provides a very rich set of data on school characteristics. There is further use by linking the data from other related datasets such as those on higher education, neighbourhoods and teachers in schools.

Data stored include the full range of personal and sensitive data from name, date of birth and address, through SEN and disability needs. (Detail of content is here.)  To see what is in it download the excel sheet : NPD Requests.