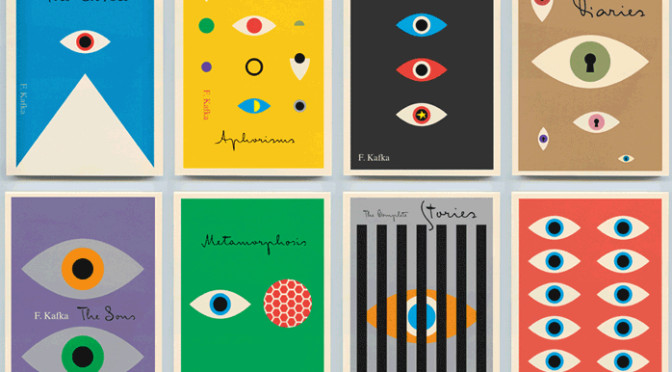 Yesterday, July 3rd, was Kafka’s birthday. I started to write about him, and fell asleep with a book in my hand, waking in Kafkaesque style this morning not knowing where I was or why. But thank goodness, I did not wake up as a beetle. [1]

The overly used descriptor Kafkaesque has more recently come to take  on a generic meaning, and his name  associated with a dark view of the state and surveillance. [2]  I wonder what he would have made of it?

The surveillance state is more contemporary than ever in mainstream thought, since Snowden, a year ago. We can look at The Trial, in which the protagonist is accused of an unknown crime, under assumed guilt and secrecy surrounding the process and reflect on the latest moves towards a secret court in the UK. In ‘The Great Wall of China‘ Kafka considered both points of the debate how to protect the People from outsiders, the Barbarians. As we see security at airports tightened today against an invisible threat, its central theme as valid today as in the 1920s, exploring the authority’s exploitation of fear and uncertainty over what constitutes a nation and what should be defended. In Das Schloss ‘the Castle‘ the authorities are drowning in documents, but cannot find the one which is relevant to the accused. Kafka questions the purpose of massive data gathering when the authorities appear not use the documents they collect. Both the latter stories mentioned in Alan Greenblatt’s article, on the Surveillance Society. [3]

His work is perhaps more relevant than ever.

As a Germanist, his work featured strongly in my studies, but I appreciate it more now, and am currently working on a project which is based in the time of his life (1883 -1924) and into the second world war.

It was both a fascinating and demanding time and place to live.

He was a German speaker living in what is now, the Czech Republic. The issues of identity and belonging are everyday ones for the residents like him, in a country whose borders were fluid and changing. Whose government switched the state language between Czech and German, and issued new passports in his lifetime, more than once, and in state institutions in which it was dictated how many employees should be of which – Czech or German – ethic origin. It is little spoken of today, but the fifty years before WWII set the stage for the struggle of ethnicity and its horrific consequence for millions of ordinary citizens in post war Czechoslovakia and its neighbours. The resulting forced migrations [4] of 3 million ethnic Germans from the Sudetenland alone, and the deaths of a disputed number in the region of half a million, and up to two million more who disappeared, is a little talked of consequence of the war and its preceding years.

He died before this, in 1924. His best known works are those in which the State, power, identity and emotional struggles are entwined in dark and often unexpected situations.

His work is ever popular, and his many themes, quotes and associated artwork are widely used. His concepts contemporary.

He was reportedly an avid reader, and advocated reading books which challenge:

“I think we ought to read only the kind of books that wound and stab us. If the book we are reading doesn’t wake us up with a blow on the head, what are we reading it for?”

He inspires me to keep writing mine.

[2] Salon’s view of the NSA’s Internet surveillance program and how it uses Section 702 of the FISA Amendments Act.