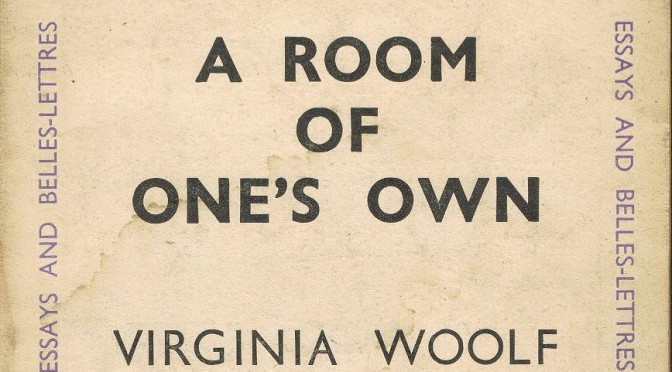 “Anon, who wrote so many poems without signing them, was often a woman.”

― Virginia Woolf, A Room of One’s Own

I watched two unequal sides play the beautiful game in the 2014 World Cup in Brazil semi-final. The host nation was crushed in a 7-1 defeat. Germany simply outclassed them and once they had the first goal pressed their advantage to drive home another quickly, after which the Brasilian side didn’t have a hope. As a team, they fell apart.

Inequality in what should have been a good match, resulted in tears.

There was a  lot worse than tears in this story of inequality last week, when the team at the heart of tech dating agent Tinder fell apart. “When news broke that a former vice president of partner-matching Tinder filed a sexual harassment suit against the mobile dating app company, the most salacious parts of the complaint quickly spread around the Internet, reported Chloe Angyal.”  See the rest of the story via Reuters. Or the Techcrunch version.

It appears the issues are more about the personal rather than professional relationship gone wrong, but in any event the male-female public exploitation in the media, the story of power and punishment is damaging personally and professionally. Frankly, I’m not that interested in the nasty side of the story. But does it harm the appearance of women working in start-ups and tech?

Are women perceived as equals in tech? Do we perceive ourselves as equal or are we our own worst enemies in how we manage and speak of other women, in leadership roles?

To become leaders, we must first start at entry level. I wonder in part if the langauge we use in tech has put women off entering the world of ‘the geek.’ The recent workforce numbers released by Google and surrounding other tech firms in silicon valley show women are unequally represented. I wonder if the imbalance is a result of concrete skill sets – the numbers of girls studying maths, physics, engineering appear ever dwindling -, fitting into the corporate environment – the unusual set up of game style office for example – or nature of work. And how much is down to expectations. “Nice girls don’t play games, they do something sensible.” In fact, in my experience tech is a nice place to be. Geeks are more accepting based on value-add to the team goal in a flat team structure, than I’ve found working in white-collar management for example, where in-house politics starts to play a role. However, some women find that the working environment in either, can’t meet their needs for the other part of their life, parenthood.

Whilst more women in the UK are working than ever, it’s not always in the jobs or employment type which are equally well paid or sought after. Cashiers, waitressing, care roles. Women are over represented in jobs that offer flexibility and there is great gender inequality in pay.

In the UK, in a broader field,  the HSJ looked specifically yesterday, at employment in the Health Service and just published its findings. There are more female leaders running NHS organisations than there were last year. And they held awards for women last night.

But it was Alistair McLellan’s comment I found more fascinating on the types of criticism female leadership receive, than the stats they found.  Again, like the Tinder slanging match, treatment which women both meet out and receive, may be different from that of their male counterparts.

“It is the nature rather than the level of criticism that is different for female leaders, and it tends to be more pernicious and undermining of a leader’s resilience.”

I do wonder if we women are guilty as charged, of being more critical of fellow leading women than men. Or is it that we find bold and assertive women somehow more threatening, as more out of the ordinary, than the same behaviours in male managers? Am I guilty of thinking that ever myself? Do we criticise women in terms of emotion and men according to performance? Are an angry man and an angry woman on the front bench seen as equals? Would both be told to ‘calm down dear’? Does the politics of white-collar management deter women from leadership?

“Time and again it is suggested to HSJ that a female leader is struggling because she is neurotic, devious, scatter-brained and/or self-centred; or that her troubles have arisen because she is a flirt or a sycophant and has been overpromoted as a result.”

“And before female readers get too angry at their male colleagues, the critics are just as likely to be women – or indeed, those who would normally consider themselves strong supporters of equality.”

I’ve been in the receiving position. My female manager suggested I was overpaid and overpromoted. I had been offered another role  in another company. I stuck to my guns and received the salary rise I hoped for. I was twenty-two.  I went on to various jobs, salary increases and promotions in the same company. And I’ve always worked daft hours, given my all for the team and made sure the company always had their money’s worth. You can look to women leaders and say, it can be done.  There are good role models to show it is possible.

(Though some role models, leave something to be desired such as Sheryl Sandberg, chief operating officer of Facebook’s response in their transparency approach  and ‘apology’ after recent research revelations.)

But if there are fewer women in tech, it is for reasons I may not understand. It is an area where in my own experience, everyone who works together on a project and sees knowledge and result as a common goal, are pretty uncaring from whom a solution comes. Appreciation and team accolades were fairly distributed in my own experience.

I don’t think it is peculiar to tech to have too few women represented, although it could be fair to say the environment has its own quirks. (Just visit Google’s London office for example.) It’s challenging but a fun place to be in the tech workplace. It’s often project based, demanding a quick learning curve, with weird and wonderful hours supporting parts of the world you’ve never heard of. You need to be prepared to do a lot for each other, often at short notice, pulling out all the stops for a last minute fix and testing. It demands a lot of flexibility, energy, problem solving, teamwork and humour.

Whilst similar human qualities are also necessities as a parent,  the flexibility aspect can be something which managing the other role of parent, can absorb entirely. The cost of childcare is prohibitive for many going back into anything other than a similar type of demanding role and environment with its according payscale which they left, if mothers want anything left to take home after costs.  But for me personally the question then becomes, do I want a lifestyle in which I would see my children neither for breakfast nor read them a bedtime story? Or do I work in a non-tech job and  give up on the past?

So perhaps it’s a question of why women have to leave the workplace in general rather than tech. Perhaps we simply can’t go back into that environment with the flexibilty we need in the other part of our life, as a parent?

Why this matters to tech, and the implications for society are here. Women in tech, like women in politics are necessary to offer balance of opinion, experience and expectations. Just as importantly I believe it should reflect all the different parts of society in ethnicity, able and disabled, religion and other areas. I’ve gained all sorts of valuable experiences working in the voluntary sector, as a mother and having free time for other learning since having children. But it is mainly my professional experience that is still examined in applications.

Whilst past experience in tech is of great value now, to go back and  functionally design the system I once worked with, I would need a tech refresher. But that would be easy. What is much harder, is the expectation of my partner that for our children, I would be the one expected to take time off for sickness, unless I had a full time carer for them. And even if we were to split time off 50/50 we’d find it hard. Business travel is not compatible with home & family. So that kind of role I once had, is impossible. So the choice now to have a high-level tech job and put my children second, if sick or for six weeks of the summer holidays, is not a choice I feel fair to make, which would put my wants first and my children’s needs second. And that’s the reality of my choice. It is perhaps a luxury to have any choice at all.

In effect, in motherhood, we might call for employment equality. We may be entitled to it. But we may not always be able to really choose it in reality. In Japan, this is a real problem on a number of levels. What’s the solution?

“The answer to these double standards is simple: we must all be alive to criticism that is skewed by prejudice, however subtle, and hold ourselves and others to account to combat it.”

NHS England has an opportunity to do that in patient  involvement organisation / positions on the tech board right now.

I do hope that some informed tech and non-tech women are considered.

The Japanese women, might have hit the nail on the head when it comes to most people’s beliefs about motherhood and working in leadership positions.

“I think only a small number of women can pursue leadership positions,” she said.

“I think in our society you have to choose whether you want to have a career or be a mother; you can’t do both.”

If you were an employer with two women of similar skill sets and experience, one with young and one without or with older children, would you see her role as a mother as a negative effect on the likelihood of employing her? I believe so.

For female employees in tech, I believe that counts against us. I believe I will only be able to go back to full time tech work as an older woman, once my children are out of school. That will bring challenges of its own. So whilst we may seek equality, and we told we are all equal, I do wonder when it comes to the paid, working life:

Are some women more equal than others?

HSJ: Progress on Equality is no reason to stop Challenging Prejudice http://www.hsj.co.uk/5072777.article?contentid=MAST#.U72RJahHyqY