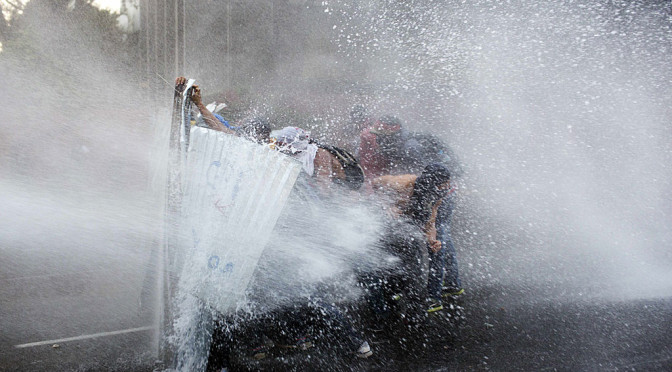 When you play the party game as children, what starts off said into the ear of one player, becomes something quite unintelligible by the time it reaches full circle.

It can cause chaos and it’s quite fun. Unless it ends up something hurtful the hosts would rather hadn’t been shared.

Not so fun, is the potential for the chaos caused by technology with the capability to spread information from one place to another, sufficiently damaging to bring business to a standstill. Or security. Or utilities. Or our medical devices.

In my spare time, I write fiction. [I have a long work-in-progress set against stories of post World War II emigration.] Here’s some flash fiction from today.

After an apathetic  run up to the election, when few concrete policies emerged with detail that could be pinned down publicly and become humiliating in case of coalition concessions, the election was decided. A weak power sharing was agreed. Conservative and right wingers, with the dash of yellow that had survived.

Admitting another poor win, the party have ousted Cameron, and elected a new leadership. Boris and Nigel have already had a few laughs and a few run-ins.

On her way home, twenty-eight year old Kate grabs a copy of the Evening Express with their garish grins on the front cover. Again.

Barely 100 days into a winter government, May is long gone. Little of substance has changed save some minor screwing down on the rights to welfare access for foreigners or those ‘fit-to-work’.  Legacy policies remain.

One of those was on cybersecurity;  technology that protects online communications, banking, shopping, health data and more.

“In a knee jerk reaction to recent violent attacks, the cyber security ban first proposed in the last parliament has been rushed through.“

Campaigners claim the MPs understand so little of what they are legislating that they “believe it would be possible to stop terrorists communicating privately without astonishing collateral damage to Britain’s economy, freedom, and security.”

Businesses and government bodies that have security affected under the new laws, consider what to do.

Kate working in her finance IT admin job, spent the day running reports on what software and historical data she needs in the system. Some sort of internal review.

Banking has IT still in place from the seventies. Building anything from the ground up is hard work. Patches are added on for as long as they’ll work. They’ll get round to fixing it. Soon.

Curled up on the sofa  she uses her single log-on for government agencies, for identity, administration and payments. Finally submits her passport renewal and thinks about visiting her cousin in San Francisco in February.

She books the bargain deal seen in an ad on Facebook that suited exactly what she wanted.

Her cousin joked ‘please bring wine’, theirs has run out. His last post mentioned the price of bottled water.  And China extracting it from the sea. Crazy.

Kate decides to catch up with that BBC Radio 4 IT podcast she missed. “There’s a good bit on banking,” her colleague Dan had said,  “and bring-your-own-device at airports.”  He was cute, and she was interested. Earphones, PJs and slippers on.

She worries shes turning into her mother.

Finishing her popcorn, Kate’s half way up before remembers she need do nothing. She isn’t yet used to the clinic’s networked library system administering her insulin dose. [Something else she’d inherited.]

Medical devices have expanded exponentially. Thousands of people have insulin pumps or heart monitors installed, running citizens on invisible software. The transport system for data, the life blood for humans and high-tech.

The individual products are pre-integrated and powered by central backbone systems. The clinic has an overview of everyone it manages remotely.

Kate’s numbers are usually fine, and ignored with a normal label, somewhere in the system.  But they have started to show she needs a greater dose. She’ll get a call in the morning to discuss a change in her meds, to be adjusted remotely.

Thirsty, she gets up and fills her glass from the tap. That reminds her. She should check her bill online.

Utilities across the UK, power and water, many owned by one Chinese conglomerate, have replaced old mainframe customer billing systems with these integrated modern software. Behind the scenes too, its distribution has interoperable compliance permitted by deregulation and required for globalisation.

Checking her alarm before she puts out the light, Kate smiles at the perfect step count for the day. Her fitapp makes her think of Dan.

She dreams of him. Somehow he’s landed with her in San Francisco. They won’t let him through immigration as he doesn’t want to give up his work laptop. Or phone. The flight can’t take off again and every staff member is using their own device to try and control airspace which is filled with pac man eating the planes.

While she travels in her sleep in the small hours, an organisation in a country she’s never been to, starts sending massive amounts of data into systems around the world. Some with bugs.

Overloaded, her hospital system shuts down, spewing out warning reports including Kate’s into the nighttime corridor. It doesn’t report exactly how her own device is affected because they haven’t researched it.

Still tired, she gets up and hears the radio news in drips through the shower.

“A military coup in China, thousands of private business owners rounded up.”

She wonders if hers is affected.  It’s going to snow says the forecaster just as the water stops. And the lights and radio cut off.

Kate curses the landlord, towelling soap suds from her hair. She picks up her phone but can’t call out as there’s no network – either down or just as after 7/7 perhaps it’s overloaded.

She hopes no one is trying to call her.

It looks like today is going to be very inconvenient.

In the tube queue Kate starts contemplating a duvet day, she’s squashed in an impatient mass of people. Ticket machines are down and it’s bedlam. She picks up a paper from the stand.

Water cannon are back on the front page.  The story is about the role of government, state security and how to keep control.

“Is London’s newest weapon out of date?”

“Alongside the Great Firewall, China has been developing a new way to intercept and redirect internet traffic, according to a new report from Citizen Lab.” [The Verge, April 2015]

When the intelligence services knows states have infiltrated commercial company systems, and governments have these tools, how will they be used for good, and who defines those purposes?

How do citizens of all nations make sure that our commercial businesses, our everyday life support systems & legislation are well designed?

Do MPs in government understand what it should and can control and is it investing in the right tools to do so? Are our MPs sufficiently skilled for the requirements in the realm of cyber security and digital rights?

Has water potential to be the next weapon of mass destruction?