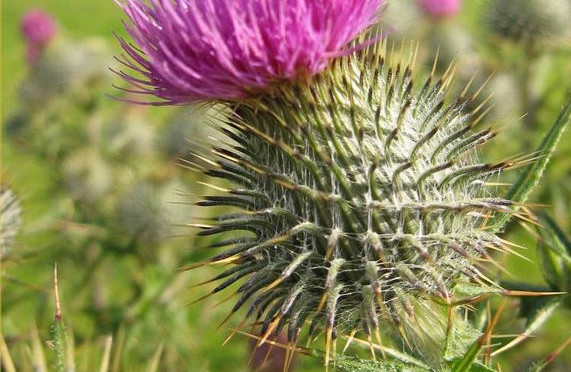 On June 24th 2014, it is the 700th anniversary of the Battle of Bannockburn, at which the Scots defeated the English, and their ruling King, Edward the second.

The legend of Robert the Bruce ahead of the battle, hiding out in a cave on the run after six defeats,  is renowned the world over. The Scot saw a spider building a web. Time and time again the spider would fall and then climb slowly back up to try again. After many attempts, the spider managed to begin to weave a web on the cave wall and achieved its aim. Robert the Bruce, so the story goes,  was inspired by the spider not to give up and went on to defeat the English at Bannockburn. The motto of the story is usually:

Whilst perseverance is an admirable trait, stubborness may not be. Trying the exact same thing which failed previously, in precisely the same way, may be said to be either determined or foolish. Trying again, but incorporating learnings from the past failure with flexibility to incorporate learning-by-doing, seems an altogether smarter choice.  Modifications for improvement and changes in action and their execution based on lessons learned have a higher chance of success*.

“Bannockburn is arguably the most famous battle to be fought and won by the Scots in Scotland, but it is widely acknowledged to be more than that— it continues to conjure up ideas of freedom, independence, patriotism, heroism, perseverance, and triumph against overwhelming odds.” [Bannockburn Heritage Centre]

In projects, overwhelming odds against achieving success can be built-in from the beginning, through lack of foresight to plan how to measure it. If you don’t know how you will measure success, it is hard to know when it has been achieved and at what cost. To measure success, you first need to know tightly what are your defined project scope and purposes. This helps set the goals of what you want to achieve technically, its  human understanding and crucially, expectations of how and when success will be measured.

“You can’t just ask customers what they want and then try to give that to them. By the time you get it built, they’ll want something new.”

Trying again isn’t always about trying the same model, rolling out the original communications plan louder, or slower, or just again, but about embracing changes and adding in flexibility for future change.  Change is not a single event, but a process, and any attempted project launch needs to be prepared to learn from the past but also to plan for the future, as that process occurs. The scope of the project however, must stay tightly controlled, or risks losing control of budget and achieving the project aims.

By being visionary about what will be needed in future and aiming to be ahead of the design specifications there is room left for learning-by-doing in the ‘how’ you want to achieve the project, but it can’t allow deviance to become an entirely different ‘what’ of project scope.

To try and meet a future goal, basing it only on present specifications and expectations, means it will be outdated and fail when you reach the future implementation date. By launch date, the design and functionality are already outdated and not fit for purpose.

To compensate for that, measurable bite-sized chunks of projects, can be a way of frequent checking in to see if you are still on track with the overall aims of what you want to achieve, whilst retaining the flexibility to adapt to the human aspects of progress, and how you will achieve it.

Measures of success therefore need to be taken frequently to stay on track, ensuring alignment with your defined project scope and purposes. ‘Checking in’ to see if you are still on the correct course. This helps set the goals of what you want to achieve technically, in human terms and on a timeline, which crucially sets expectations of how and when success will be seen to have been achieved.

Some of the success at Bannockburn was recorded at the time in poetry. More recently, the themes have been preserved in music.

If the Flower Of Scotland tribute to Robert the Bruce, the Scots’ ‘almost National Anthem’ at least in terms of sporting events, is not your thing, you might prefer Aaliyah’s rendition of the theme, Try Again. Though her wardrobe choices are slightly more surprising than the Corries.

The theme is the same. To think again, before trying again, is wise.

“Those days are past now
And in the past they must remain
But we can still rise now
And be the nation again
That stood against him
Proud Edward’s Army
And sent him homeward,
Tae think again.”

Flower of Scotland, the Corries, 1967

*My lessons learned from experience of change management in  global projects rolling out SAP, 2001-2006.