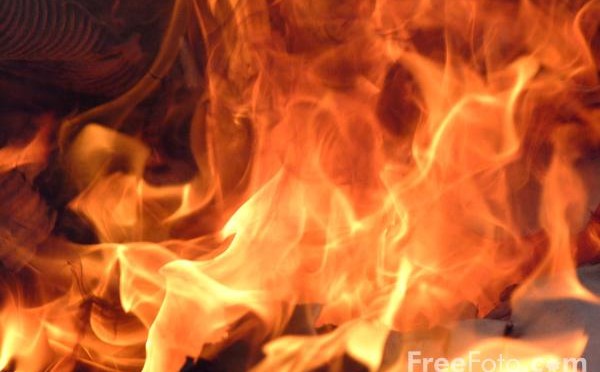 A man deliberately set fire to his mattress and clothes, and was taken to hospital in Surrey on Jan 31st, two weeks ago.

He is one of 426 men held at Brook House, one of the immigration removal centres (IRCs) at Gatwick. After being treated for smoke inhalation he was returned later the same evening, according to a G4S spokesman.

Crawley’s West Sussex Fire & Rescue Service put out the fire, and had ventilated the smoke damaged cell before leaving, all in 30 minutes.

Clearly it did not come to much,  but why did a man feel the need to set fire to the few possessions he has, and what happens next?

The G4S media spokesman said last week in connection with the fire, he was unaware of any standard health assessment or any procedures for the care of men after these incidents.

In 2010, only one year after its opening, the HM Chief Inspector of Prisons report based on an announced visit at Brook House Immigration Removal Centre [3] labelled the Brook House IRC as fundamentally ‘an unsafe place’.

The inspectorate found in 2010 and again in 2013 that the mental health failings were serious. Should it not be realistic to expect standard practices should already have been put in place since, for their improvement?

What will the recent multi-million contract for healthcare at a number of detention centres awarded by NHS England to G4S and separately in prisons mean for standards and continuity of their NHS care, and will improvements be put in place which work?

The multinationals working in our UK justice and home office systems, G4S [which manages Brook House] and Serco, haven’t exactly got track records which are equal to the ethical expectations the public has in their roles.

They also operate in Australia where Ministers have taken a hardline approach in defiance of human rights asylum conventions.

One year ago today, twenty-three-year-old Reza Barati was killed in an Australian immigration detention centre on Manus Island. In August 2014, police have reportedly charged two guards working for former camp operator G4S with his murder. A parliamentary enquiry found the violence was foreseeable.

Another man, Hamid Kehazaei did not get taken from Manus to receive adequate medical treatment quickly enough due to paperwork delays, and died in December, the Guardian reported.

Are there warning signs that the provision in England is heading in the same way and not just for IRCs but for detention and prison across the UK?

Do people needing healthcare get taken offsite quickly enough when needed in England? How have they responded to deaths in detention?

In the UK, the IAP on Deaths in Custody has produced a comprehensive statistical breakdown of all recorded deaths in broad state custody settings between 1 January 2000 and 31 December 2010.

The report included a focus on the deaths of people detained under the Mental Health Act (MHA).

Children have died in detention and men during IRC removals.
[For more detail, see the section below, Questions on the Staffing and use of Force in care]

The care and the responsibility for these IRC-held men, women and children may not be of interest to everyone in the UK.

But as the expansion of private contractors becomes the norm, any family in England who finds someone they love in any non-HMP run English prison might be touched by the values of these providers.

Should we demand that equal ethical standards, transparency of targets and procedures, and the provision of physical and mental health care, be for all, as basic human rights?

Must our state keeps awarding massive contracts to these massive multinationals?

Will we, under the cuts of austerity, see situations deteriorate further in the UK, to the Australian standard?

Will we look back and wish we had acted sooner?

These issues are not new and are well documented

Lord David Ramsbotham GCB CBE, Her Majesty’s Chief Inspector of Prisons – December 1995 – August 2001 wrote the foreword in the 2008 report by the Birnberg Peirce & Partners, Medical Justice and the National Coalition of Anti-Deportation Campaigns  [Outsourcing abuse 2008] in which he identified:

“a most unfortunate attitude, adopted by officials towards issues surrounding asylum and immigration, described by the Commission as ‘a culture of disbelief’.”

It seems this culture of disbelief is allowed to continue.

Yet despite years of evidence, the February 2015 Home Office response by today’s government only accepts in part, some of the issues raised and recommendations in the Tavistock Institute Review [2] of IRC mental health care.

These include indefinite detention and the impacts on mental health, and a proposal of cultural change to speed up processing times.

As this is considered, I wonder will any change aimed at reducing indefinite detention manage to be designed in such a way as to also future-proof thorough and proper processing procedures?

In the meantime, detainees and prisoners are protesting via the few channels they have.  Self harm, starvation and setting things alight.

So what can we, the Public do?

If you think this matters but know little about it, we can get informed, or we can ask that our MPs intervene on our behalf.

We can support those who work or campaign in this area, like AVID [see on social media #Time4aTimeLimit and @DetentionForum

I wonder if those more informed, perhaps your local Red Cross or immigration volunteers, could read and consider responding to the Care Quality Commission (CQC) somewhat ‘informal’ consultation [p14] underway, on the approach to the CQC regulation in England?

This will affect how healthcare is regulated in IRCs. The closing date in March is unconfirmed.  Views are being taken now, in consultation via email: cqcinspectionchangeshj @ cqc.org.uk [1].

Joint working may be a good thing if it brings action to improve the health, care and welfare of the people in these institutions.

What it must not mean, is less frequent, independent, or less comprehensive reports by the HMIP which covers a wider area of inspection than CQC might.

Pregnant women, women who have been trafficked, torture victims: [added March 2: see Channel 4 on #Yarlswood] people are not getting the specialist support or care they should. Their carers and NHS staff are not universally getting specialist training they need.

Public pressure and transparency should support the campaign organisations who are familiar with these issues and demand change through MPs. There are big questions for IRCs whether people should be there at all, pregnant women and children even more so.

But specifically on health and welfare issues I would like to ask:

The state may have, in places, outsourced the service, but it cannot outsource its responsibilities.

In my research to date, the question that I am left with overwhelmingly is this:

“As a provider of punitive systems, can healthcare and welfare can be delivered “with an equal sense of fairness” through the same outsourced service?”

Are the steps Theresa May refers to in the recently announced Shaw review, an indicator of real change?

The reports and reviews over the last ten years listed above seem to have made no difference to the unknown man, who set fire to his stuff, on the Saturday evening of January 31st 2015 at Brook House.

Parliament is well aware of many failings already. [9] and there are known others which are yet to be made public. [10]

Since 2010 through June 2013 the HMIP reports clearly identify issues but what follow though is made and who is accountable for it?

While there are solutions needed to big philosophical questions that may trouble our conscience, like ‘what kind of country do we want to be to unaccompanied children escaping life threatening situations?’ equally big political questions continue to challenge: ‘How and why do we continue to engage multinationals with unanswered ethical questions on financial and humanitarian practices?’ ‘What hope for refugees and asylum seekers in Greece and what are the wider EU implications, if EU political and economic next steps are unclear?’

For now, for many people who want to take action, it is the small and practical which can be done, in practice. Often small acts which make a difference in the silent and unreported space between desperation and hope, for each person,  each day.  Supporting our NHS staff to ensure they get the specialist situation training they want and continue their invaluable roles in these places. Supporting the visitors’ volunteer groups. You might consider joining them.

Call on our MPs to demand change now, not review after review.

More reviews, reports, consultations and new legislation bills, seem to run in parallel with little, at least little public regard to one another and ignoring the continuity of their calls for change.

They could make a difference with cohesion between the responses and if accountable action were taken.

That needs compunction and oversight of accountable follow up.

Until however long the next review takes to report, and any action is put in place, we might see another fire, for another person; in another prison, or another young offender institution, or another detention centre.

It might be in one near you. It might affect someone you love. It may be a child.

It’s not over dramatic to say: it might be a matter of life or death.

If you are interested in more detail, read on below after the continue reading break:

A. What happens to someone at an IRC after a fire like this?
B. Review of Welfare & Mental Health at IRCs incl. detention time
C. Brook House, Gatwick Cluster
D. Who is responsible for the healthcare offered at IRCs? The role of NHS England and the CQC
E. Questions on Staffing and use of Force in care
F. Another Review, another Report? Will there be Change?
Conclusion: Burning questions on Immigration Removal Centre healthcare