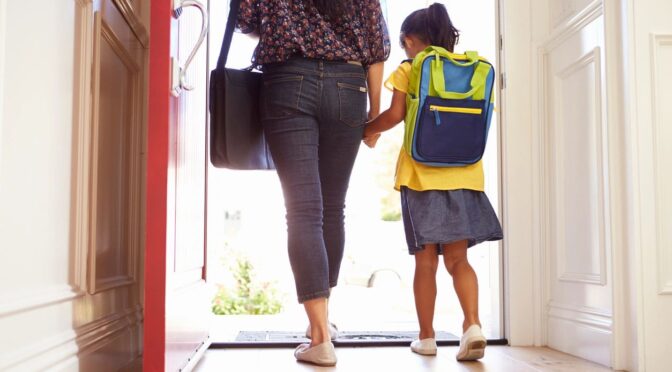 I’m a mother of three girls at secondary school. For international women’s day 2022 I’ve been thinking about the role of school technology in my life.

Could some of it be improved to stop baking-in gender discrimination norms to home-school relationships?

Families come in all shapes and sizes and not every family has defined Mum and Dad roles. I wonder if edTech could be better at supporting families if it offered the choice of a multi-parent-per-child relationship by-default?

School-home communications rarely come home in school bags anymore, but digitally, and routinely sent to one-parent-per-child. If something needs actioned, it’s typically going to one parent, not both. The design of digital tools can lock-in the responsibility for action to a single nominated person. Schools send the edTech company the ‘pupil parent contact’ email, but, at least in my experience, don’t ever ask what that should be after it’s been collected once. (And don’t do a good job of communicating data rights each time before doing so either, but that’s another story.)

Whether it’s about learning updates with report cards about the child, or weekly newsletters, changes of school clubs, closures, events or other ‘things you should know’ I filter emails I get daily from a number of different email accounts for relevance, and forward them on to Dad.

To administer cashless payments to school for contributions to art, cooking, science and technology lessons, school trips, other extras or to manage my child’s lunch money, there is a single email log-in and password for a parent role allocated to the child’s account.

And it might be just my own unrepresentative circle of friends, but it’s usually Mum who’s on the receiving end of demands at all hours.

In case of illness, work commitments, otherwise being unable to carry on as usual, it’s no longer as easy for a second designated parent role to automatically pick up or share the responsibilities.

One common cashless payment system’s approach does permit more than one parent role, but it’s manual and awkward to set up. “For a second parent to have access it is necessary for the school to send a second letter with a second temporary username and password combo to activate a second account. In short, the only way to do this is to ask your school.”

Some messaging services allow a school-to-multiple-parent email, but the message itself often forms an individual not group thread with the teacher, i.e designed for a class not a family.

Some might suggest it is easy enough to set up automatic email forwarding, but again this pushes back the onus onto the parent and doesn’t solve the problem of only one person able to perform transactions.

I wonder if one-way communications tools offered a second email address by default what difference it would make to overall parental engagement?

What if for financial management edTech permitted an option to have a ‘temporary re-route’ to another email address, or default second role with notification to the other something had been paid?

Why can’t one parent, once confirmed with secure access to the child-parent account, add a second parent role? These need not be the parent, but another relation managing the outgoing money. You can only make outgoing payments to the school, or withdraw money to the same single bank account it comes from, so fraud isn’t likely.

I wonder what research would look like at each of these tools, to assess whether there is a gender divide built into default admin?

What could it improve in work-life balance for staff and families, if emails were restricted to send or receive in preferred time windows?

Technology can be amazing and genuinely make life easier for some. But not everyone fits the default and I believe the defaults are rarely built to best suit users, but rather the institutions that procure them. In many cases edTech aren’t working well for the parents that make up their main user base.

If I were designing these, they’d be school not third-party cloud based, and distributed systems, centred on the child. I think we can do better, not only for women, but everyone.

PS When my children come home from school today, I’ll be showing them the Gender Pay Gap Bot @PayGapApp thread with explanations of mode, mean and median and worth a look.